How to Improve Memory Naturally - the beneficial health effects of blueberry, curcumin, Omega 3 fatty acids and green tea. A look at the lifestyle factors, foods and supplements that promote adult neurogenesis and formation of certain brain cells throughout the entire lifetime.

How to Improve Memory Naturally

You might struggle with brain fog, tiredness, and wonder how to improve concentration. Imagine being able to start each day full of energy, feeling rested and positive, having a better memory, and ready to overcome any obstacle that may arise.

Thanks to recent advances in neurosciences this ideal life is now within reach!

Neurogenesis is the formation of new neural system cells from stem cells, and it occurs rapidly in the prenatal phase. It was previously thought to cease soon after birth, but the formation of certain brain cells continues at low rate throughout the entire lifetime.

The renewal of brain cells doesn’t happen in every part of the brain, but does occur in the hippocampus, which is responsible for consolidation of information and plays a role in long-term mood regulation. Finding and understanding the role of adult neurogenesis is one of the most revolutionary discoveries of brain sciences in the past decades.

Based on scientific studies, a higher rate of adult neurogenesis is associated with many favorable outcomes including: 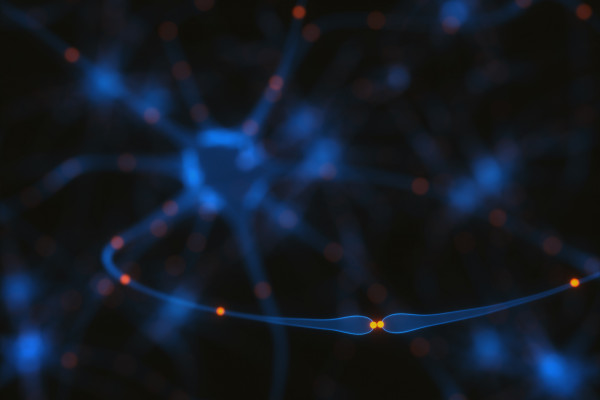 On the other hand, there are several factors known to decrease the rate of the neurogenesis:

There is a huge variation in the natural rate of the neurogenesis between individuals and the rate has been shown to be inheritable [10]. With a low rate of neurogenesis, a person is prone to cognitive disorders, memory loss, depression, and anxiety.

With a high rate of neurogenesis, a person can better preserve cognitive abilities, is more immune to adversities of life, and can more easily combat neurodegenerative disorders and the naturally occurring age-related decline of the IQ.

Blueberries Vaccinium corymbosum and their European “cousins” bilberries (Vaccinum Myrtillus L.) have been classified as superfruits for years due to their general health-boosting properties. Numerous studies support this claim and the body of evidence is constantly growing as new studies are conducted.

The beneficial health effects of the blueberry are due to its high anthocyanin content. Anthocyanins, one of the major flavonoid classes, are phenolic structures that are responsible for the blue, purple, violet or red pigment of fruits and berries [11]. Anthocyanins act as strong antioxidants and they have also anti-inflammatory and anti-cancer properties [12]. 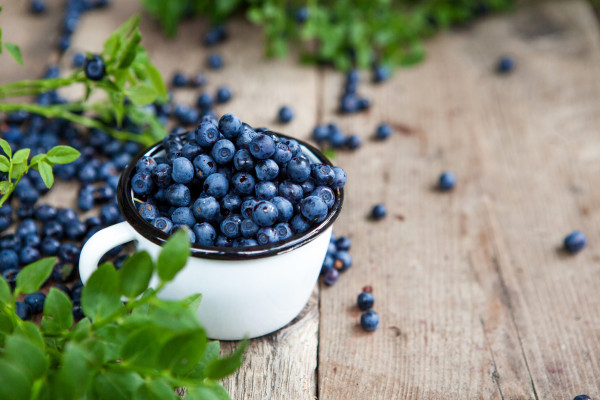 Recent studies have revealed that blueberries also promote neurogenesis and reverse the age-related cognitive decline in both human and animals. Blueberries has been shown to increase neurogenesis in aged rats [13].

Another rat study found blueberry supplementation to improve spatial memory in young rats. The researchers found elevated levels of brain-derived neurotrophic factor (BDNF) in blueberry-supplement group, which may give the neurobiological explanation to the abovementioned positive cognitive outcomes [14].

Results from human trials are even more convincing. In a 12-week trial with participants with mild cognitive impairment (a pre-dementia phase) blueberry supplementation was linked with a significant memory improvement. In addition, there was a trend suggesting reduced depressive symptoms and lower blood glucose levels [15].

Another study conducted with older people with mild cognitive impairment showed blueberry supplementation equivalent to a cup a day led to enhanced neuronal activity in working memory tasks over the course of 16 weeks.

All these advantageous effects combined make blueberries a miraculous supplement and almost too good to be true!

To promote your overall and especially brain health, we suggest you include 30-50 grams of fresh or frozen blueberries (or the equivalent quantity of dried berries or juice concentrate) into your daily diet. The author of this article enjoys his daily portion, a cup of frozen bilberries, at breakfast with oats porridge.

Omega-3 is the name given to a group of polyunsaturated fatty acids that are probably the most thoroughly investigated diet supplement. There are three types of omega-3 fatty acids involved in human physiology: α-linolenic acid (ALA, 18 carbons and 3 double bonds), found naturally in plant oils, and eicosapentaenoic acid (EPA, 20 carbons and 5 double bonds) and docosahexaenoic acid (DHA, 22 carbons and 6 double bonds), both commonly found in abundance in cold water marine oils.

Marine algae and phytoplankton are primary sources of DHA and EPA and these omega-3s end up and accumulate in large cold-water fishes like salmon and tuna due to the marine food chain. Vegetables, fruits and nuts rich in ALA includes walnuts, edible oils, flaxseed oil and hemp oil and avocado. [17]

Omega 3 fatty acids are of crucial importance in normal cell metabolism in many cells but especially in the brain where DHA comprises of 40% of polyunsaturated fatty acids. Mammals can’t synthesize omega 3s from short chain triglycerides, but can synthesize longer-chain omega 3s (DHA and EPA) from shorter-chain omega-3 fatty acid ALA. This conversion from ALA to the important DHA and EPA may decline in aging. [18] 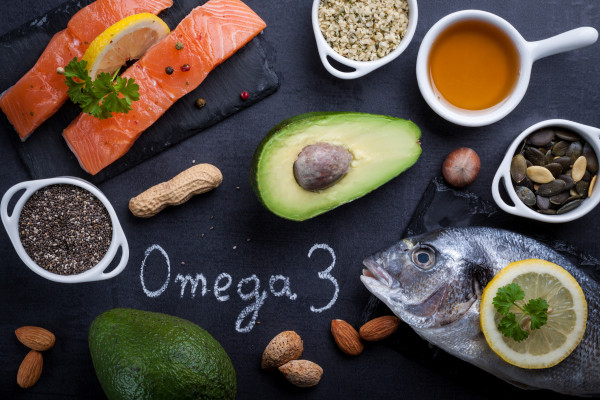 Previously it was thought that dietary supplementation of omega-3 fatty acids can prevent cardiovascular diseases and cancer, but recent large meta-analyses failed to support these claims [19] [20] [21]. However, the evidence of omega-3’s brain and mental health supporting effects is strong: omega-3s enhance neurogenesis in-vitro and in-vivo in rat embryos [22]. Omega-3s have been shown to increase BDNF levels in obese rats [23] and in people with coronary artery disease [24].

Low levels of omega-3 are reported in people with psychiatric disorders, especially with major depressive disorder (MDD). Implementing omega-3 into diet reduces depressive symptoms significantly [25]. The evidence for omega-3’s positive effects in MDD treatment is so firm that omega-3s are recommended in the major treatment guidelines.

Dietary supplementation of omega-3s, especially DHA, has been linked with better cognitive functions in older people with mild cognitive impairment [26] |27]. Red blood cell concentrations of DHA and EPA (indicating 3 months average supply rate) were shown to correlate with total brain and hippocampal volumes in postmenopausal women in an 8-year follow-up study [28]. This finding indicates omega-3s can slow down the age-related atrophy of brain cortex and hippocampus, a known risk factor for dementia.

As you can see, omega-3s help to preserve normal cognitive functions in an aging population, but what is the case with children? A meta-analysis studying effective ways to boost the IQ of children IQ found supplementing either a pregnant mother or infant formula with polyunsaturated fatty acid raising a young child’s IQ by more than 3.5 points. For the record, the other effective measures were early educational interventions, reading to children in an interactive manner and sending children to preschool. [29]

There should be more than enough facts here to convince you of the necessity of omega-3s and other foods that improve memory. We recommend you include a handful of walnuts or peanuts daily, and two portions of oily fish a week into your diet. If you face challenges fulfilling these dietary recommendations, you can instead rely on fish oil supplements. If you wish you children to be smart, apply this advice to them too – brain food for exams is a reality!

Green tea, just like black and yellow tea, is made from the leaves of Camellia Sinensis. Green tea originates in China where it has been manufactured for thousands of years. During this time, it has been part of central Asian traditions and its mind calming effects have been well known.

Green tea has many bioactive ingredients. It contains polyphenols that are strong antioxidants, the most widely studied of which is epigallocatechin gallate (EGCG), a type of catechin. Green tea also contains stimulating caffeine, although the amount is less than in black tea or coffee. It also contains a unique amino acid called L-theanine, which has a relaxing effect and it is thought to balance the stimulating effect of caffeine in green tea. [30] [31] [32] 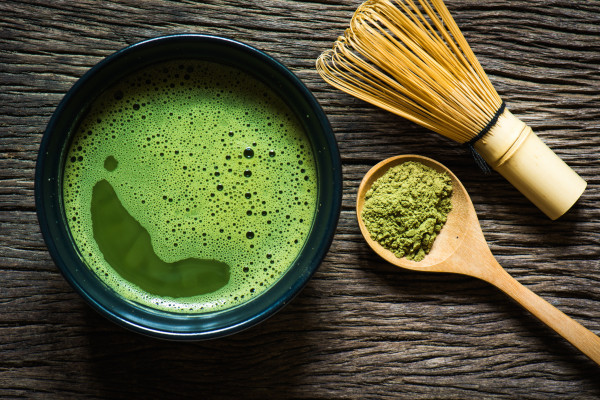 How to Improve Concentration with green tea

Epidemiological studies have shown that green tea consumption is associated with a lower incidence of neurocognitive disorders such as Alzheimer’s disease [37] [38]. A high-quality double-blind controlled placebo study founded the combination of green tea extract and L-theanine to improve memory and attention in elder people with mild cognitive impairment [39]. 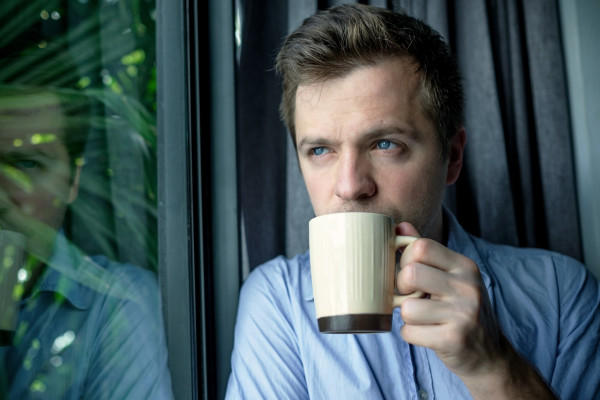 As you have probably noted, these healthy habits are often low-cost and easy to adopt. Drinking green tea is a prime example of this as it is affordable and available for anyone. Consumers preferring functional foods often have to compromise on taste, but this is not the case with the sophisticated flavor of green tea. Drink at least 2 cups of green tea a day, but basically the more the better. If you are a great fan of coffee, try to replace your daily cups of coffee slowly one-by-one starting from the night.

Curcumin is the chemical compound responsible for bright yellow color in the curry spice turmeric. Turmeric, Curcuma longa, is an ancient Indian herb that has been used in traditional Indian medicine to treat various medical conditions for ages [41]. In testing, curcumin has shown to have antioxidant, anti-inflammatory [42] and anti-cancer properties [43].

Epidemiological studies have shown India to have one of the lowest prevalence rates of Alzheimer’s disease [44] [45]. This fact has raised a particular interest to investigate the role of curcumin in the prevention and treatment of AD. Numerous in-vitro and in-vivo studies over the past decades have shown that curcumin has many anti-Alzheimer properties acting on many specific neuropathological pathways such as prevention of amyloid plaque formation [46], but it also increase BDNF-levels [47] and increases adult neurogenesis [48]. 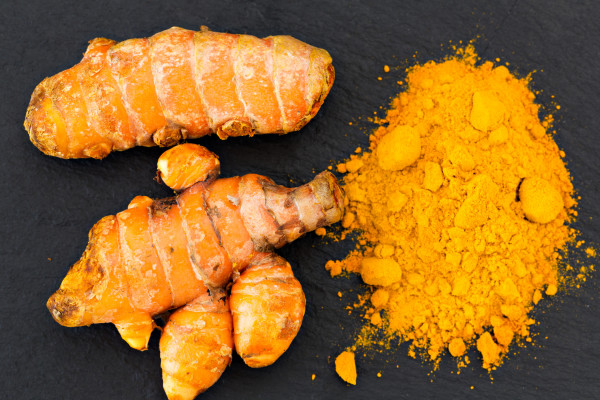 Despite of these findings, certain limitations have prevented its breakthrough and approval as preventive therapeutic agent for AD. These limitations are mainly due to the relatively low solubility and bioavailability of curcumin. The current approach is to find a new formulation for curcumin to overcome these obstacles [46]. One possible solution is to ingest curcumin with piperine, the alkaloid responsible for the pungency of black pepper and long pepper. Piperine can increase the bioavailability of curcumin dramatically [49].

If you don’t eat spicy Indian food daily, we recommend you take 500-1000 mg of turmeric root extract supplement daily. To increase the bioavailability of the supplement we recommend taking curcumin with 5-10 mg piperine or with one peppercorn (the piperine content of black pepper varies from 5 to 10 % and the average weight of a peppercorn is around 60 mg).

One possible choice would be taking curcumin as Turmeric tea, but as you are already drinking Green tea at least twice a day this is not really an option! 🙂

How to improve memory

Based on scientific research it has been shown that memory can be improved naturally. The role of adult neurogenesis plays a big part in improving memory and your brain health. To improve memory, remember these nutrients and put them into your everyday eating:

If you want to check out our fun IQ tests to test your memory and visualization skills, click on the link below:

Have you eaten your superfoods?
Test your IQ
and boost your brain →